Not sure what to get your spouse, relative or friend this Holiday Season? Give a gift that will make a positive difference in their life. Buy a package of personal training. Don’t stress standing in long lines or throw money at another electronic device that will be obsolete in a year or wonder if your on-line order will be delivered in time.  A Personal Training Gift Certificate shows that you care about a person’s health and well-being. Personal training is an experience and not just another thing that you pull off a shelf. It’s a great way to help someone achieve their fitness goals faster, stay on track, and have fun along the way. 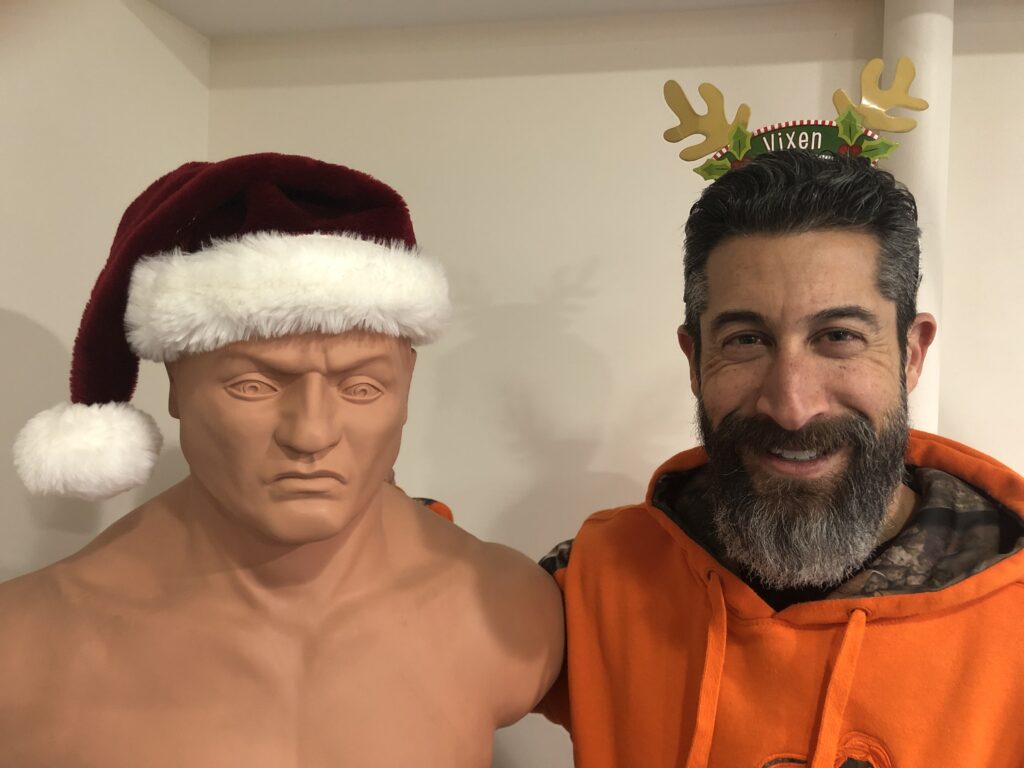 Happy Holidays from the Foxmans 2022! 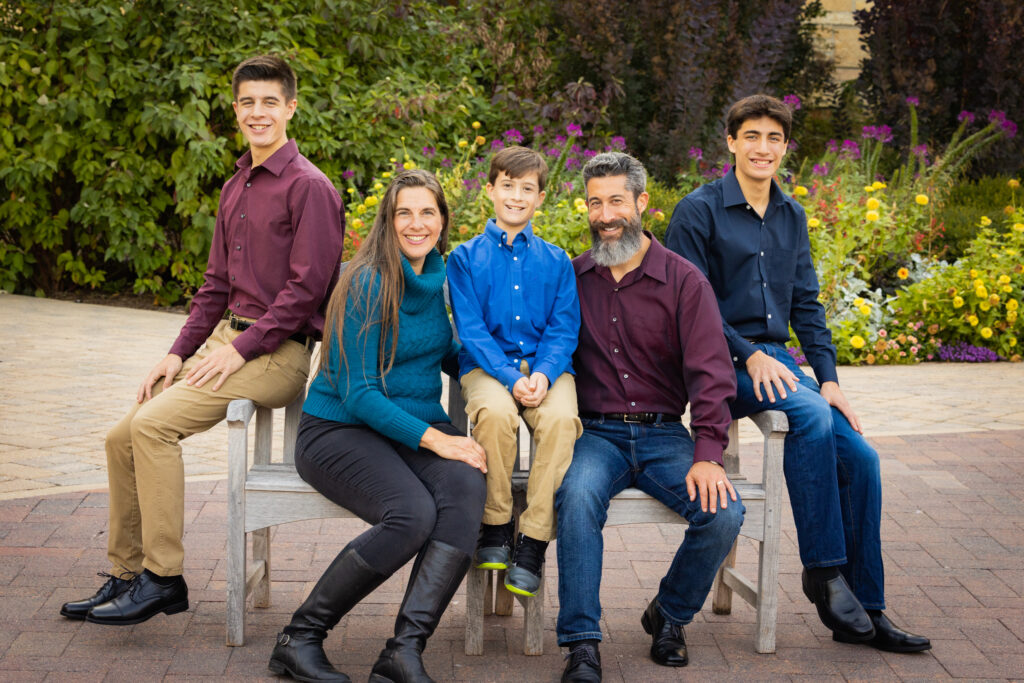 The first time I recall eating farro I was grocery shopping at Willy Street Co-op. Next to the produce section they were offering samples of farro with goat cheese in little white paper cups. It had a wonderful chew to it. Nutty. Filling. I was hooked. Since then, it has found its way into our pantry along with quinoa, bulgur, lentils, chickpeas, split peas and several different types of rice.

At a recent potluck a friend brought a homemade Farro Salad. It was so delicious that her serving bowl was empty in under an hour. Below is the recipe which she got from Food52.com. Enjoy! 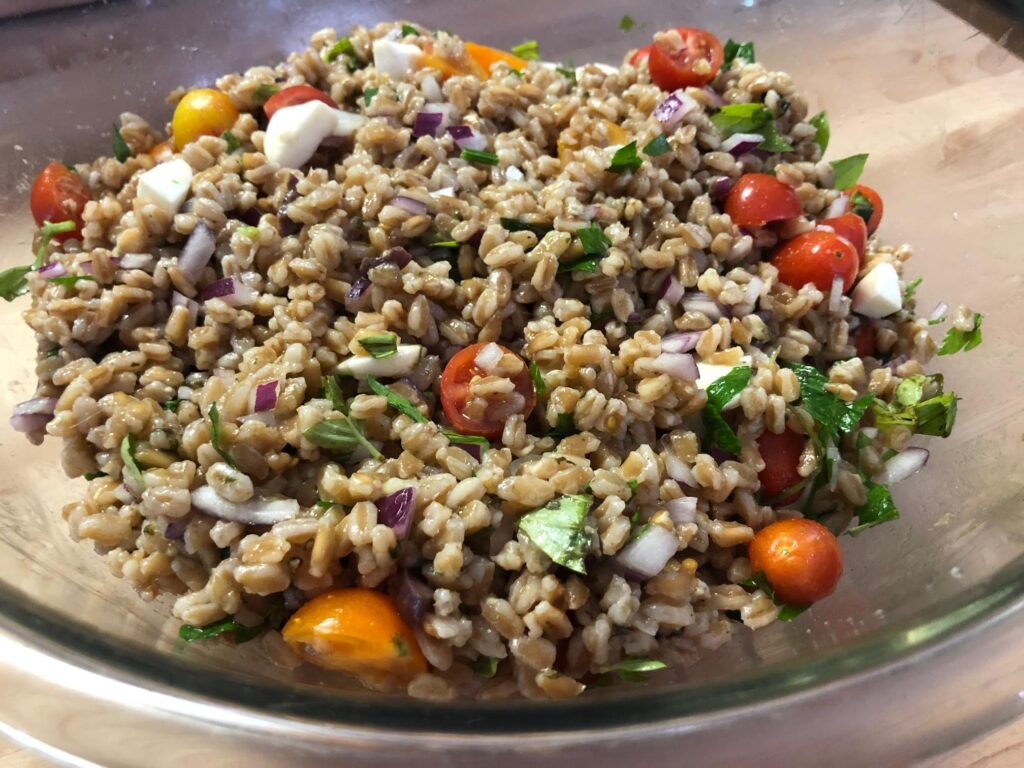 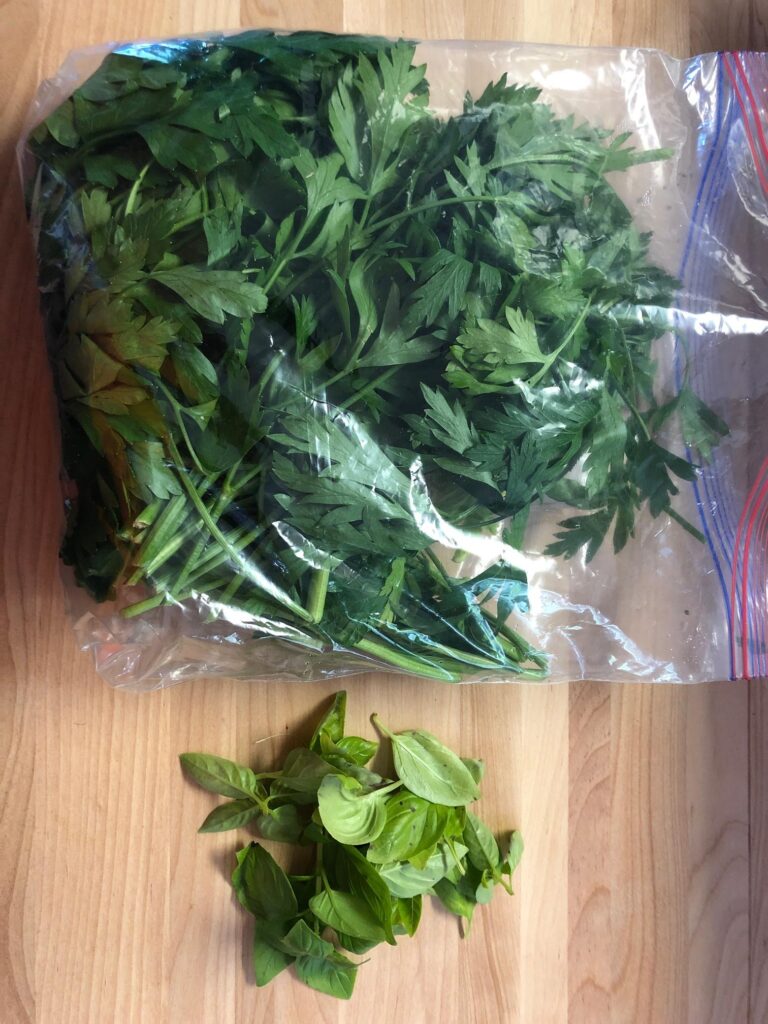 Parsley and basil straight from the garden. 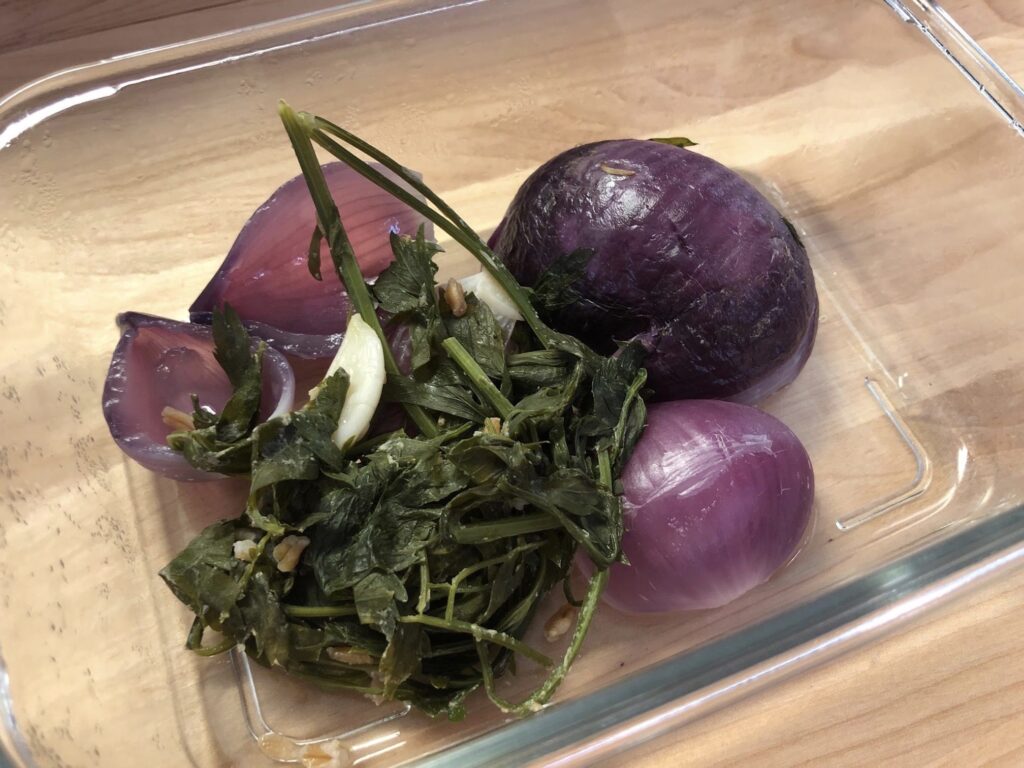 Here is the onion half, garlic and handful of parsley that we removed from the farro. We saved it for another dish. 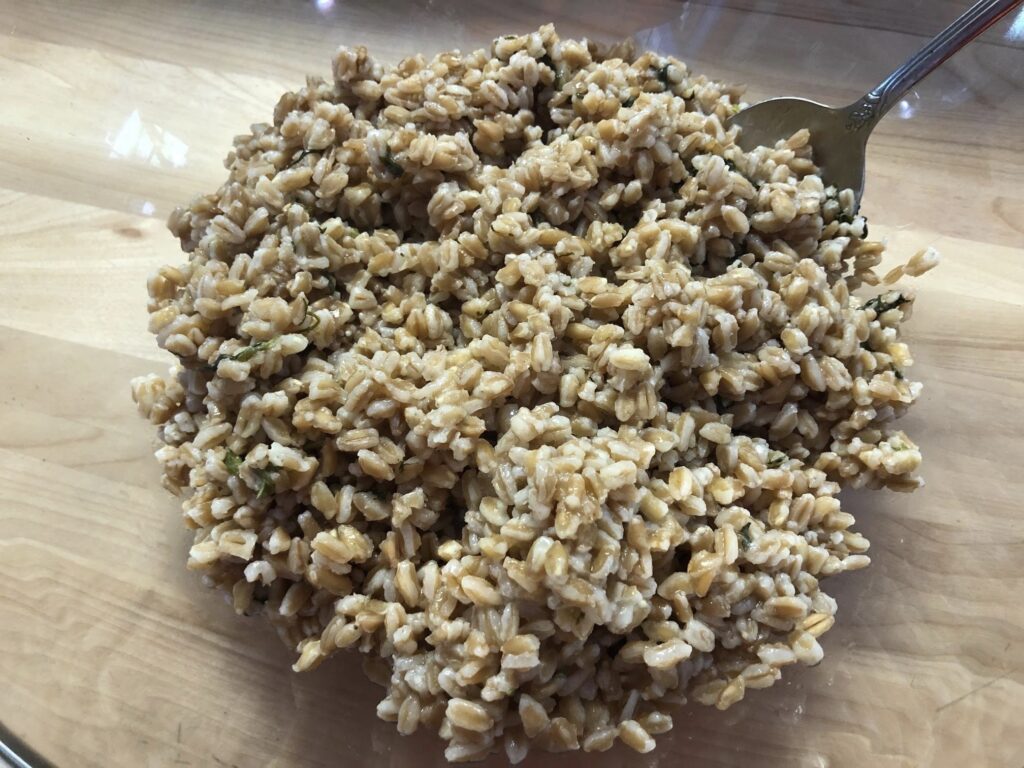 Cooked Farro looks lonely without the other ingredients. 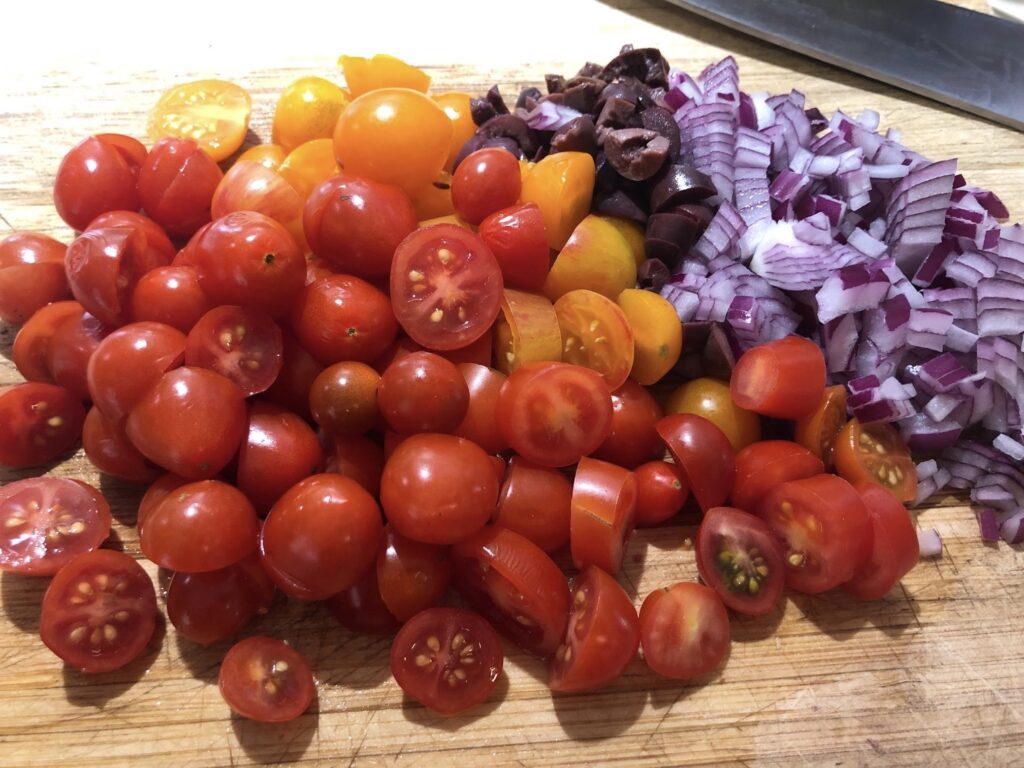 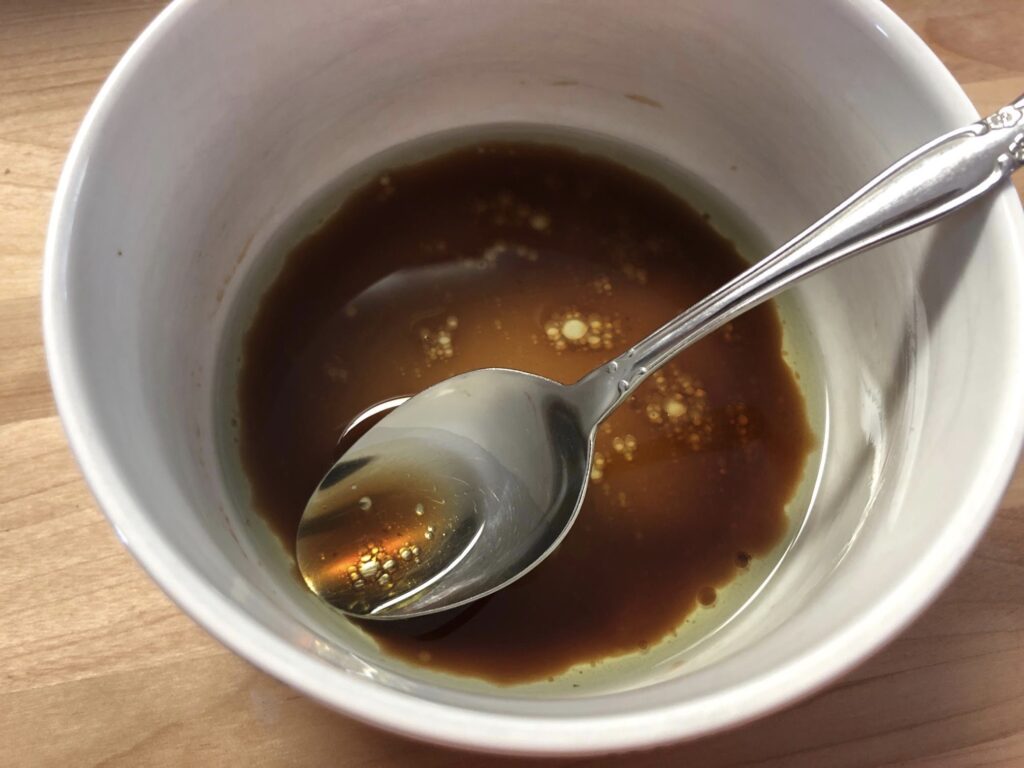 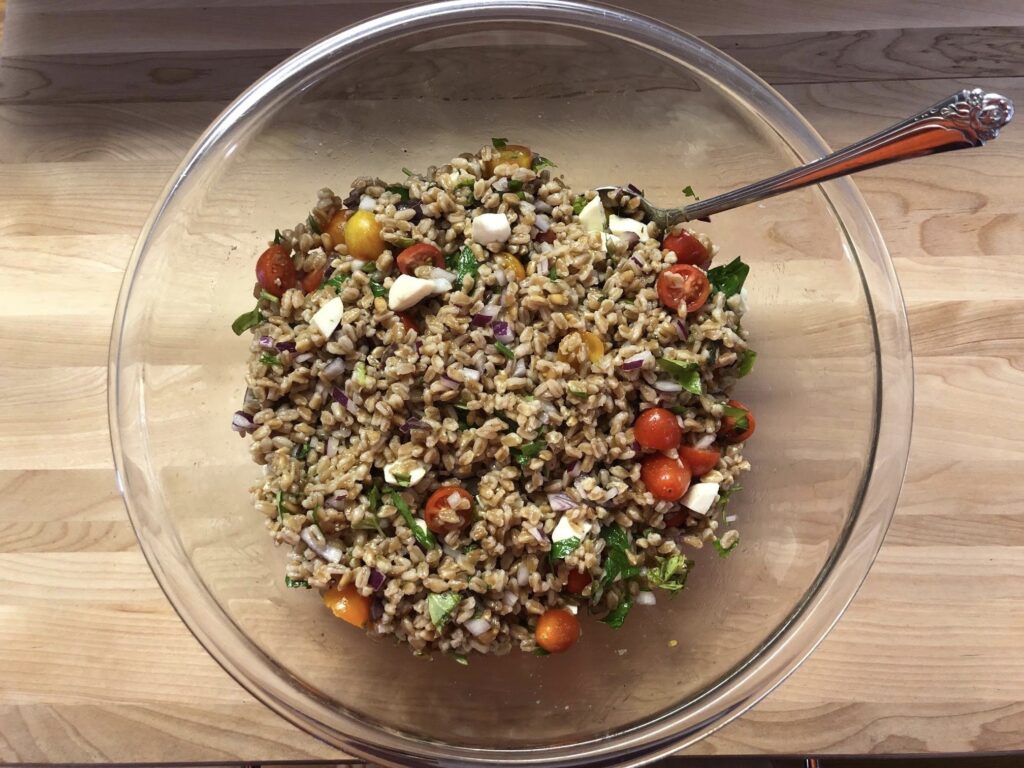 Everybody in the pool. Ready to serve and eat.

We’re having fun decorating for Halloween. Here are some pics that my clients get to enjoy. 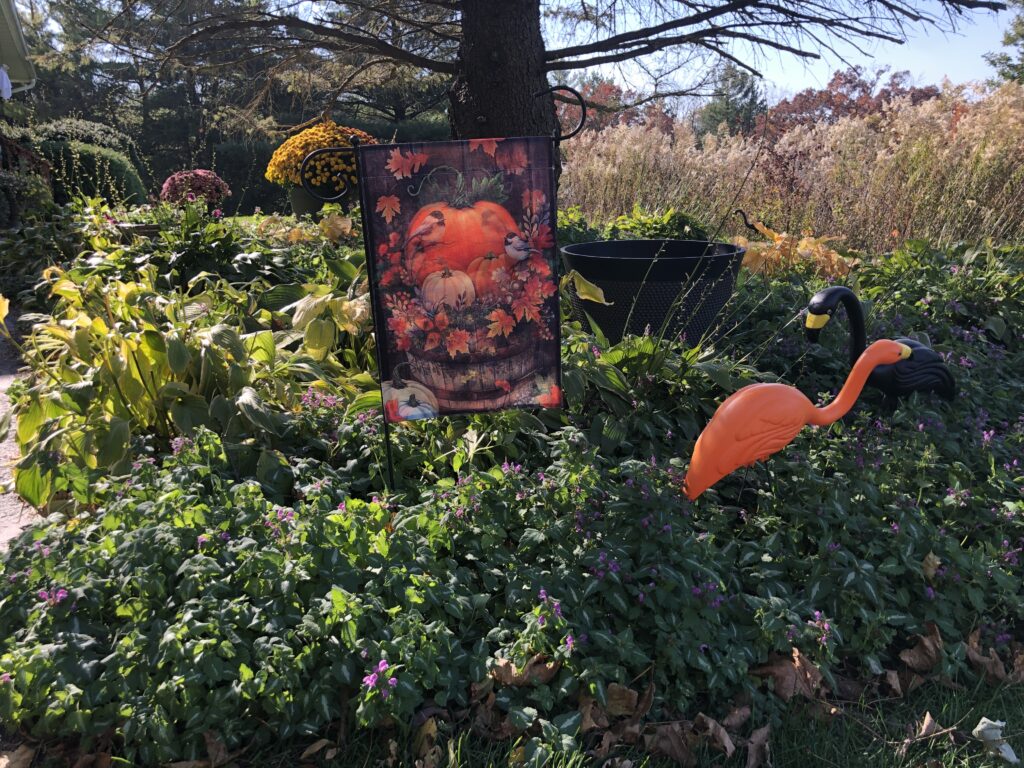 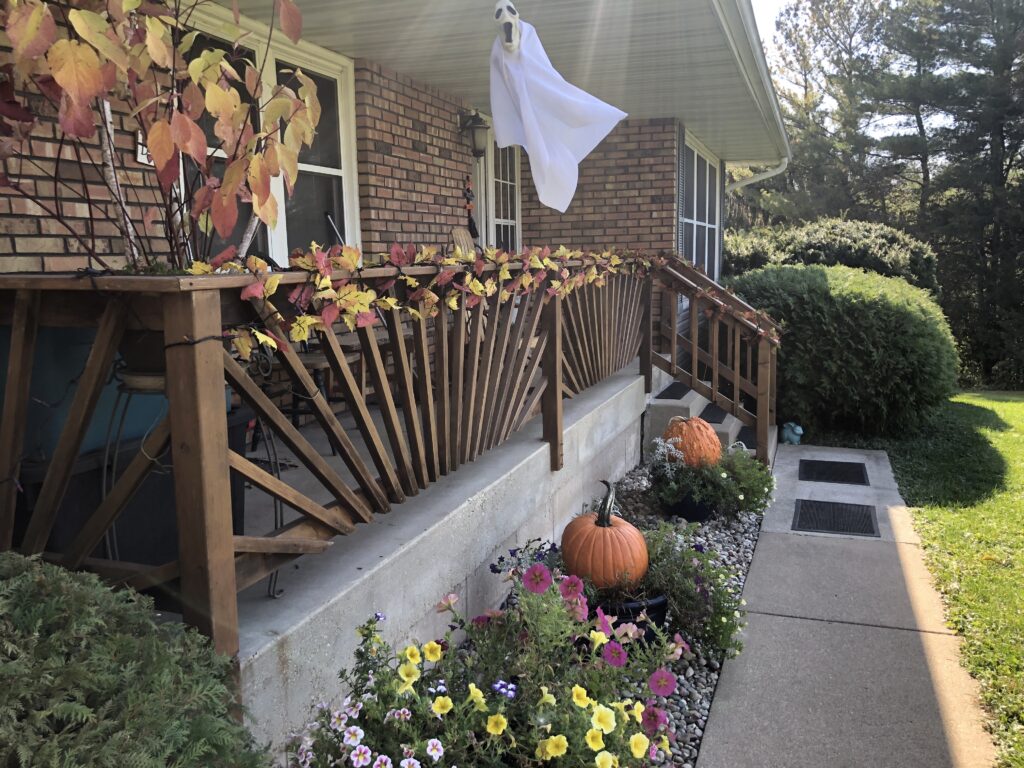 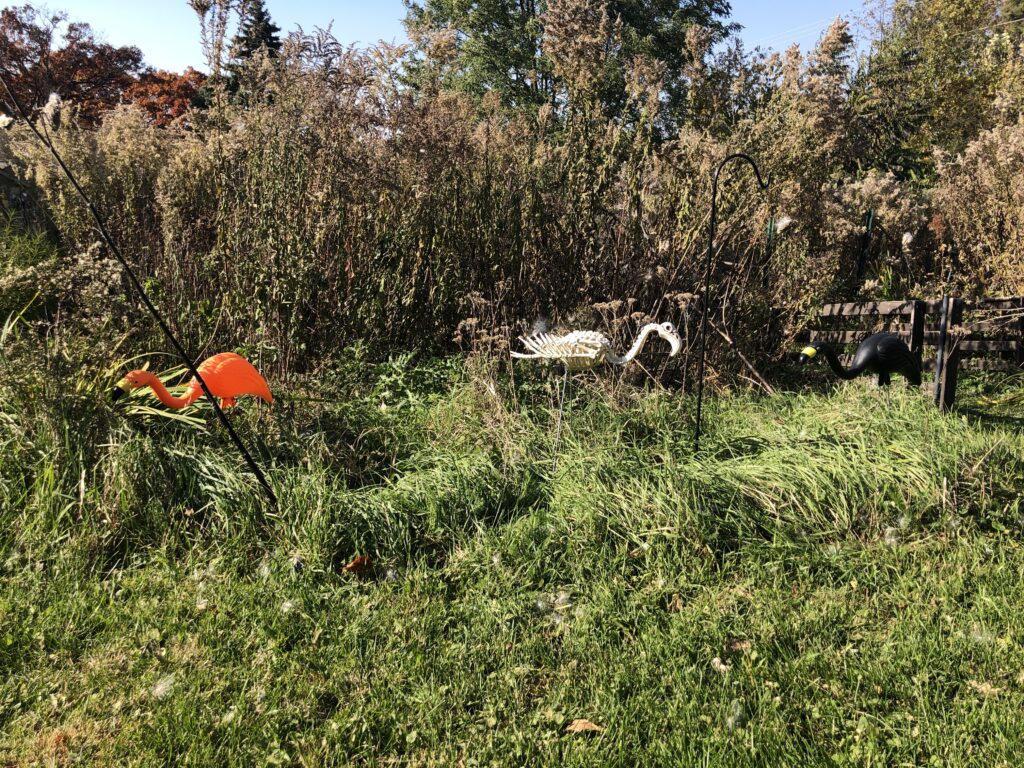 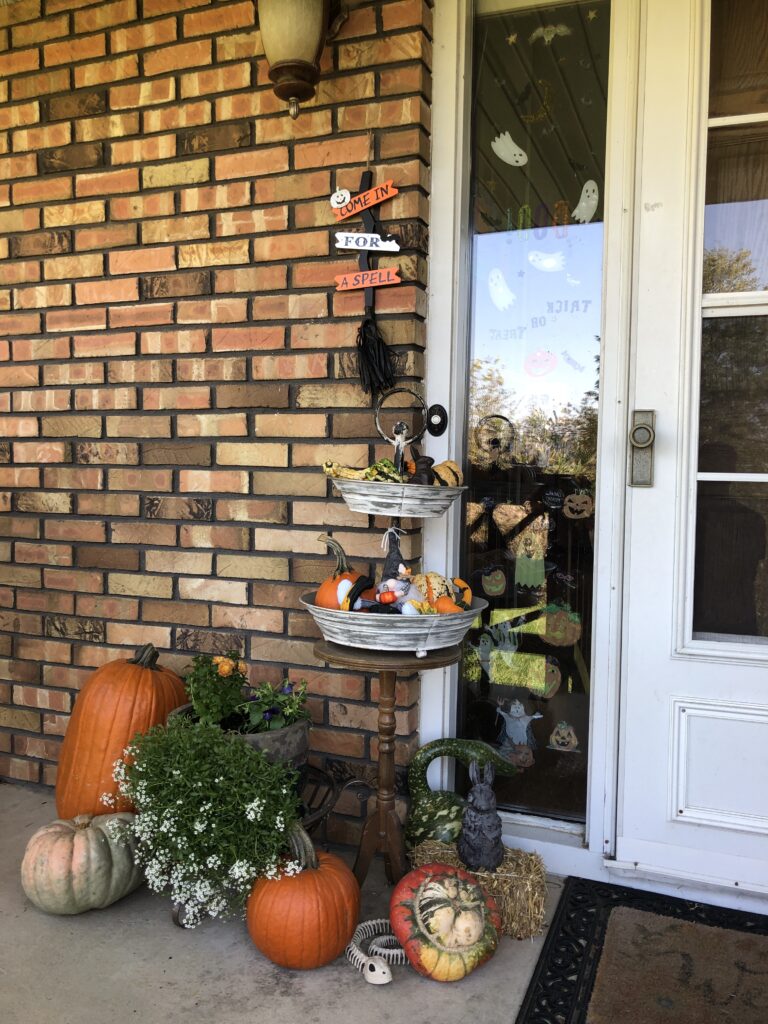 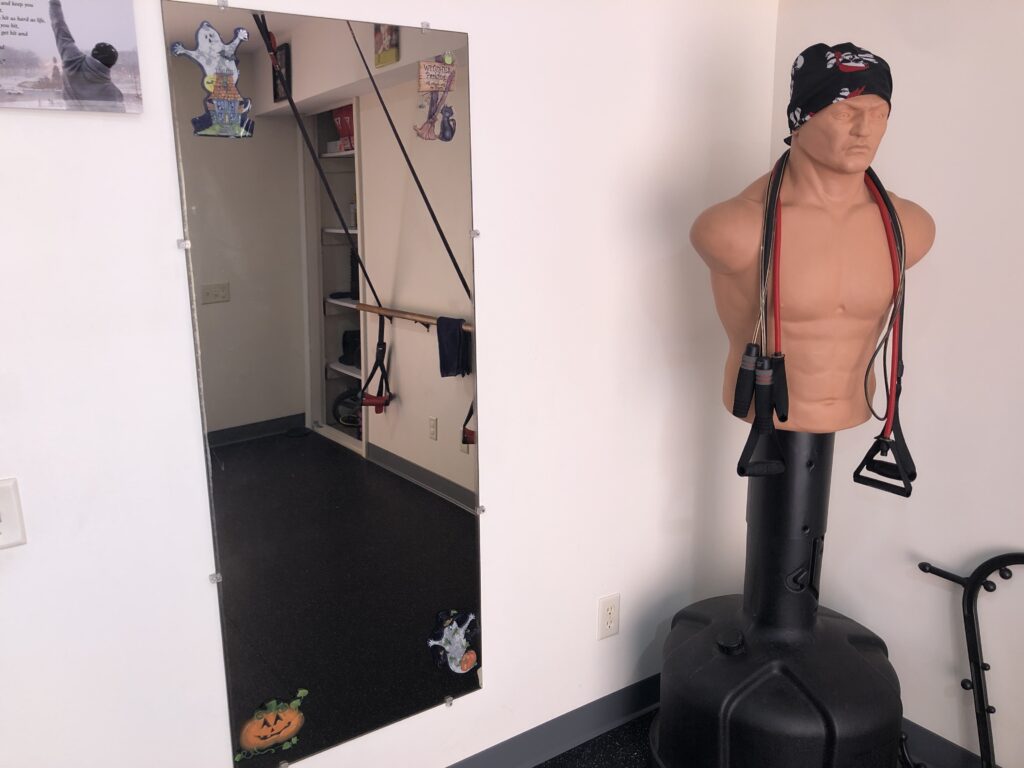 Did you know that we have a desert here in Wisconsin? With cacti and lizards, sand dunes and dry grasses? And that it’s just 45 minutes west of Madison? Yup. It’s the Spring Green Preserve and harbors some of Wisconsin’s rarest plant communities. Known as the “Wisconsin Desert”, the preserve is a place where forest meets bluff, and bluff levels off into plains and dunes. A client of mine mentioned how he went on a wonderful hike there a few months back and thought that Heather and I would enjoy it too. This past weekend we put on our hiking shoes and went on an adventure. The views and scenery did not disappoint. We walked on some of the finest sand I’ve ever felt and were surrounded by oak barrens, sumac, blue stem grass and wildflowers. With camera in hand, Heather identified and snapped pictures of prairie plants and the landscape. At one point, she stopped walking, took a deep breath, looked around and said how much she enjoyed being there.

There is something both energizing and peaceful about going on a hike. Nature, fresh air, scenic views. For me, my mind relaxes. My eyes relax. My muscles relax. We didn’t have a specific time to return to the car or mileage we wanted to accomplish or particular views that we had to see. Just enjoying. Being in the moment. Step after step. Breathing. What’s around the next bend?  We took a break every now and then to observe and to listen to the birds and grasshoppers. So if you want to get off of the beaten path, check out the Spring Green Prairie. 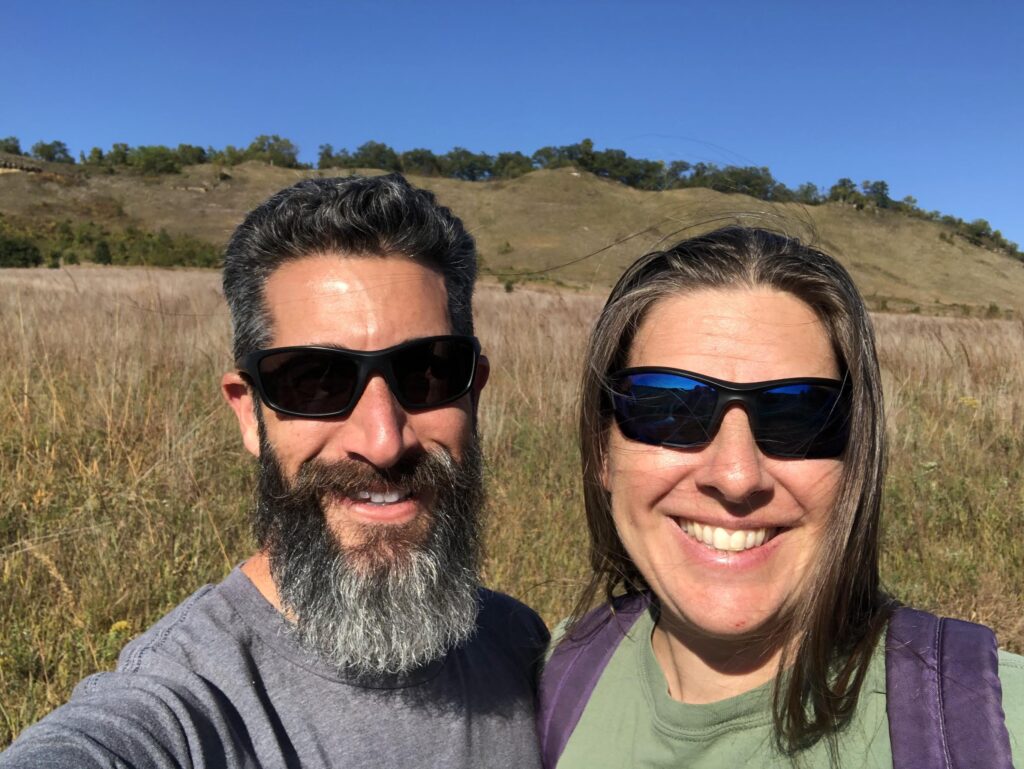 Starting out on our hike with the bluffs as a beautiful backdrop. 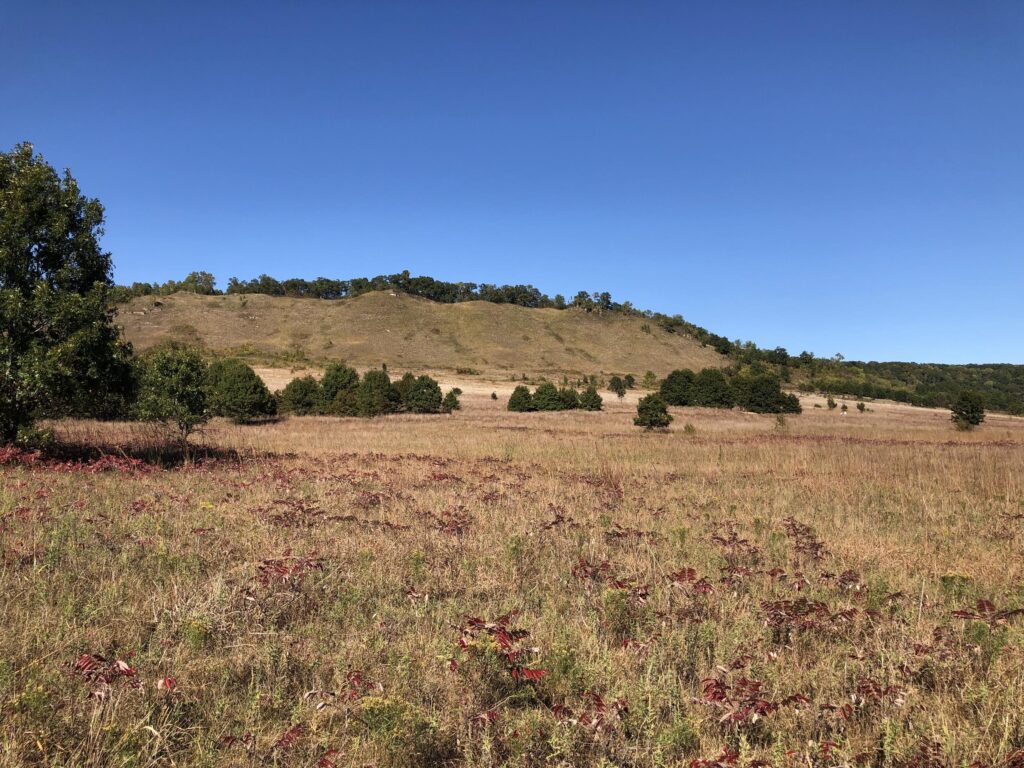 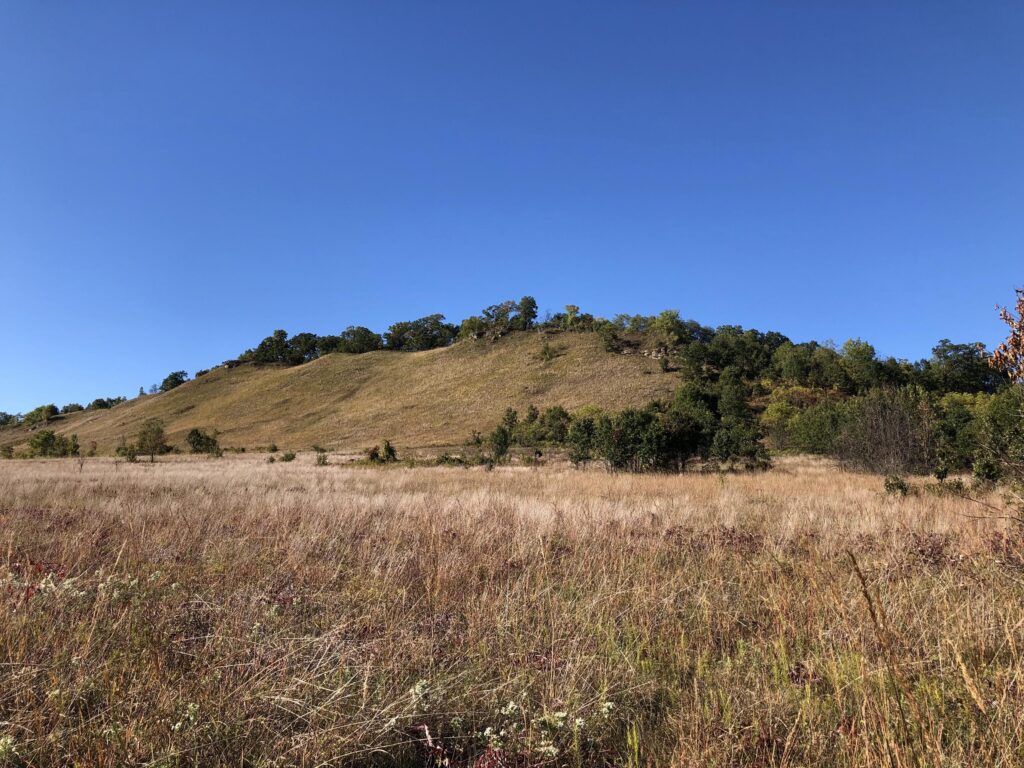 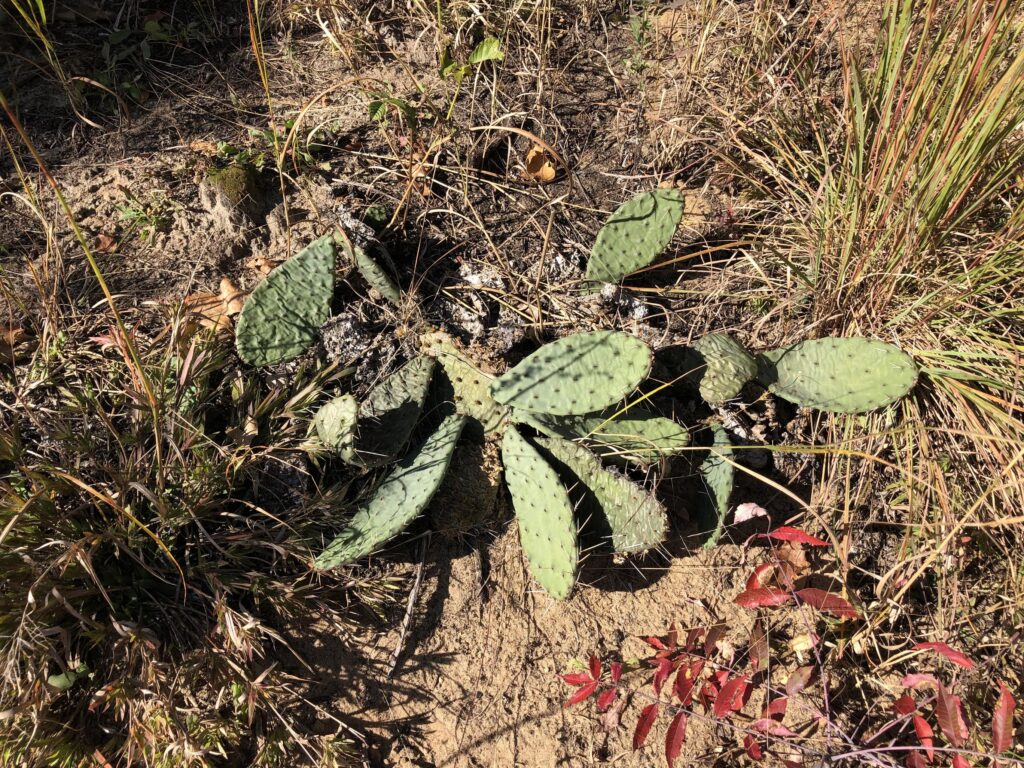 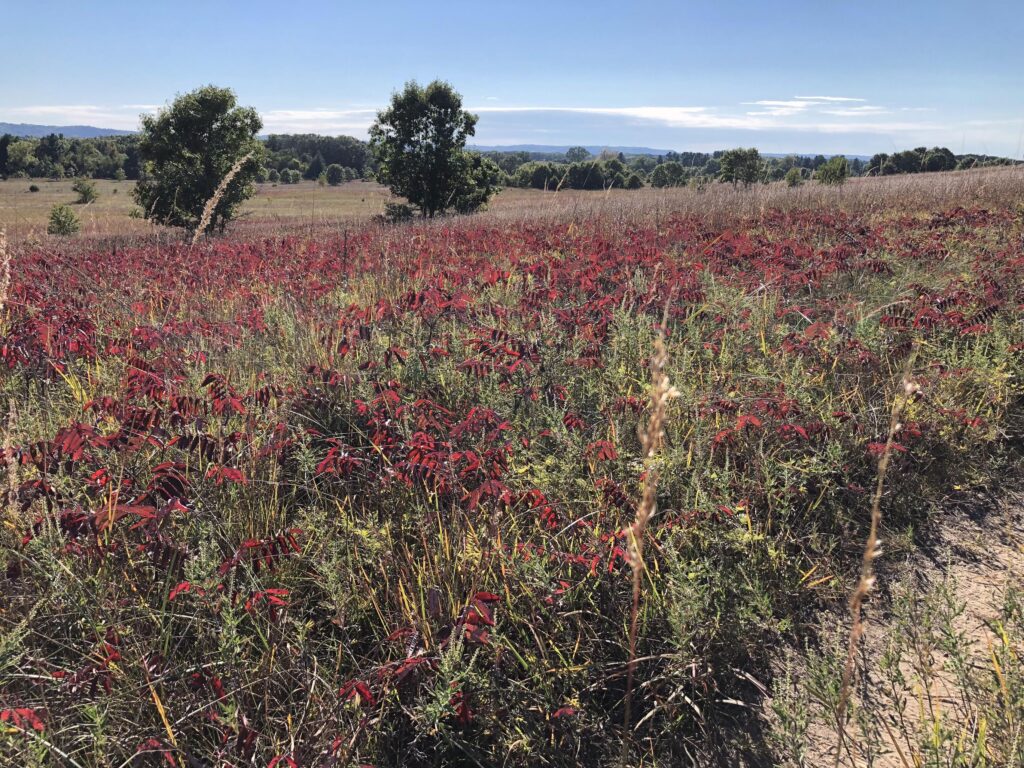 The temperatures are cooling down and the days are getting shorter. It’s what I call perfect soup weather. Yesterday I made a chicken lentil soup and it turned out great!  Warm walnut sourdough bread was served on the side. Yum! 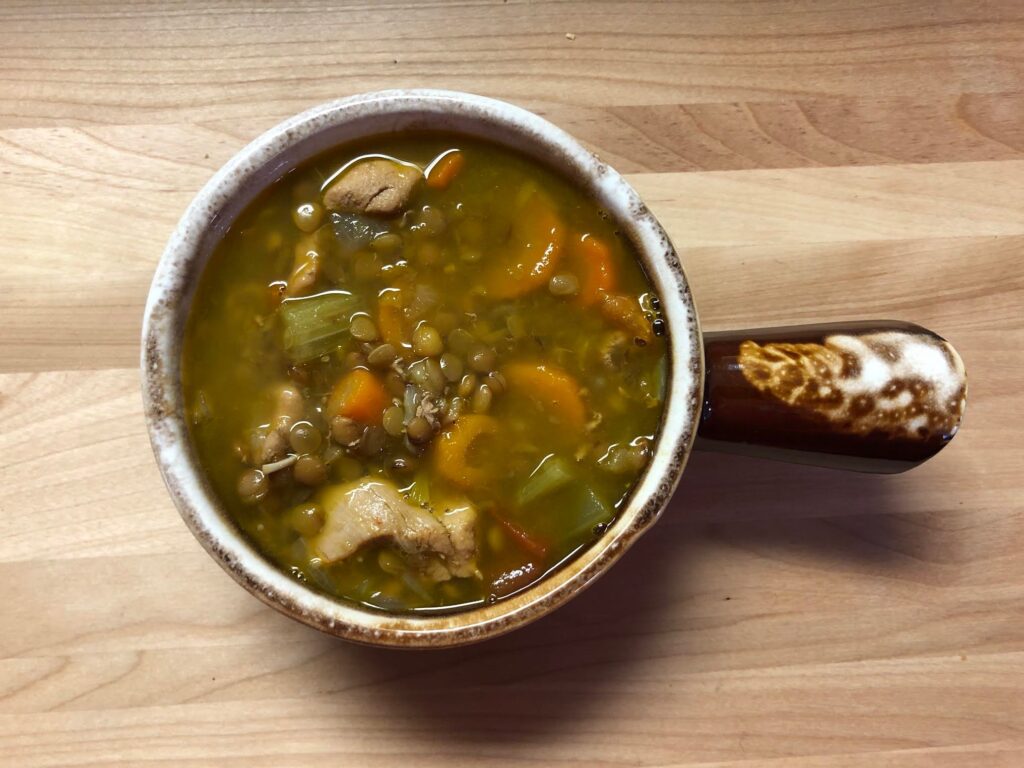 salt and pepper to taste

I have been my 9 year old son’s soccer coach for a few years, and as we started the spring season, I encouraged all of my players to watch the 2016 movie Pele: Birth of a Legend. It is one of my favorite sports movies and features one of my favorite soccer players of all time, Pele. It’s inspirational, uplifting, encourages teamwork and shows Brazil’s “beautiful game.”  As a kid who played several years of AYSO (American Youth Soccer Organization) and high school soccer, wearing the coveted #10 jersey was not only an indicator of your position as an attacking midfielder or playmaker, but #10 was worn by the incredible Pele. Other legendary players like Maradona, Zidane, Ronaldinho and Messi have worn #10 as well.

As an aside, if you are interested in improving in a sport or athletic endeavor, I strongly encourage you to watch videos and read books about your favorite athlete(s) in your chosen sport(s). They motivate, educate and illustrate how they became successful. As you watch them employ a perfect serve and volley in tennis, for example, not only are you watching how it should be done, but you can picture yourself doing the same thing. I can recall many, many, many times watching the documentary Pumping Iron before or after a weight training workout. This featured bodybuilders like Arnold Schwarzenegger, Lou Ferrigno and Franco Columbu. Let’s just say I was pumped.

June 11th, 2022 was the last game for coaching my spring soccer season. When I was packing up and say my goodbyes, Tom, one of my soccer players, and his father came over and presented me with a gift. I opened it and was delighted to see the book Pele: Why Soccer Matters.  Written by Pele and Brian Winter, they share some of Pele’s heartwarming stories and hard-won wisdom. The book was published in 2014 when Pele was 73 years old, and as opposed to athletes who write autobiographies in the prime of their career, Pele has a unique perspective on the game of soccer (and life) decades after his retirement. I was always excited to pick the book up and read the next chapter. As a matter of fact, I finished it in under a week, which is record time for me :-) What I came away with most was watching him mature as a player and a person. Adjusting his priorities as he got older and wiser. Even if you’re not a futbol fan, I strongly recommend this book. You will be inspired.

The Push Up Tradition Continues . . .

In a food rut? How about a cuisine you haven’t tried before: Filipino! Our friend and neighbor, Berna Zehntner, makes delicious Filipino cuisine. Originally from the Philippines, she prepares authentic Filipino meals with love right out of her home.  Call her to order up a new culinary experience.

Check out some of the dishes she prepares  (prices and contact info. below): 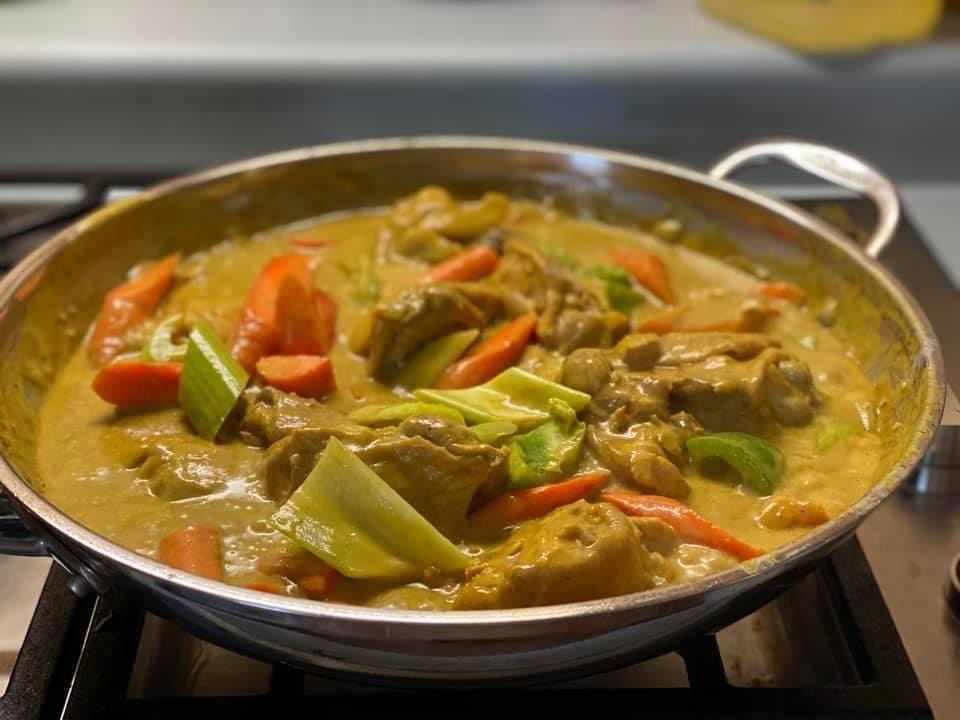 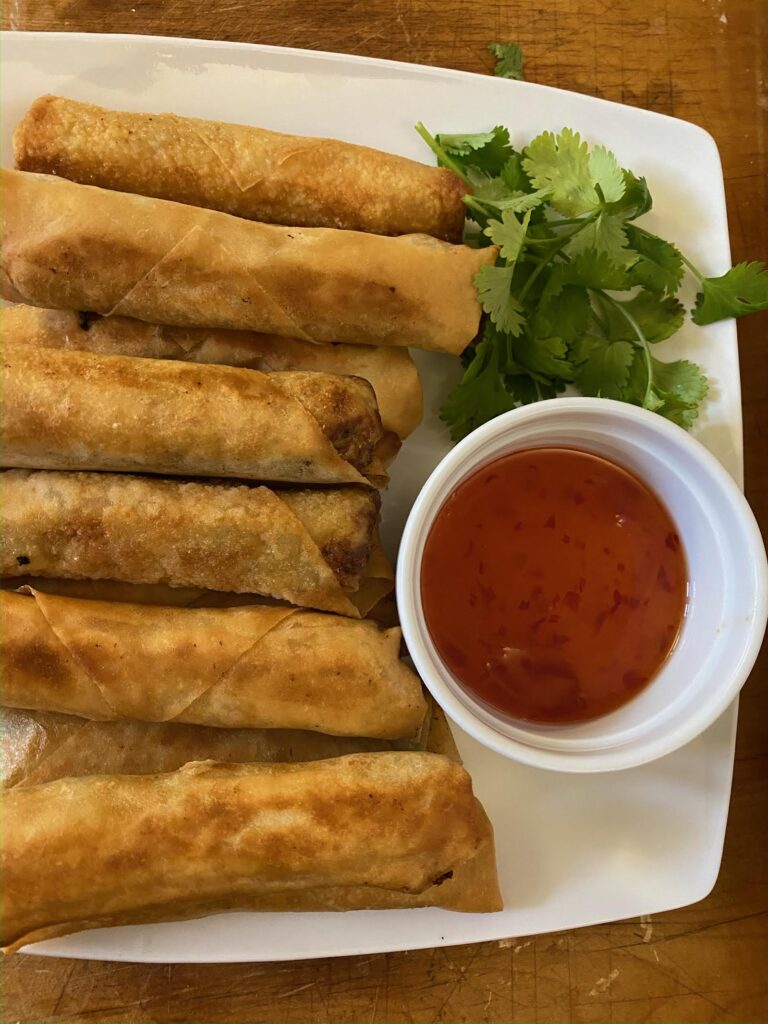 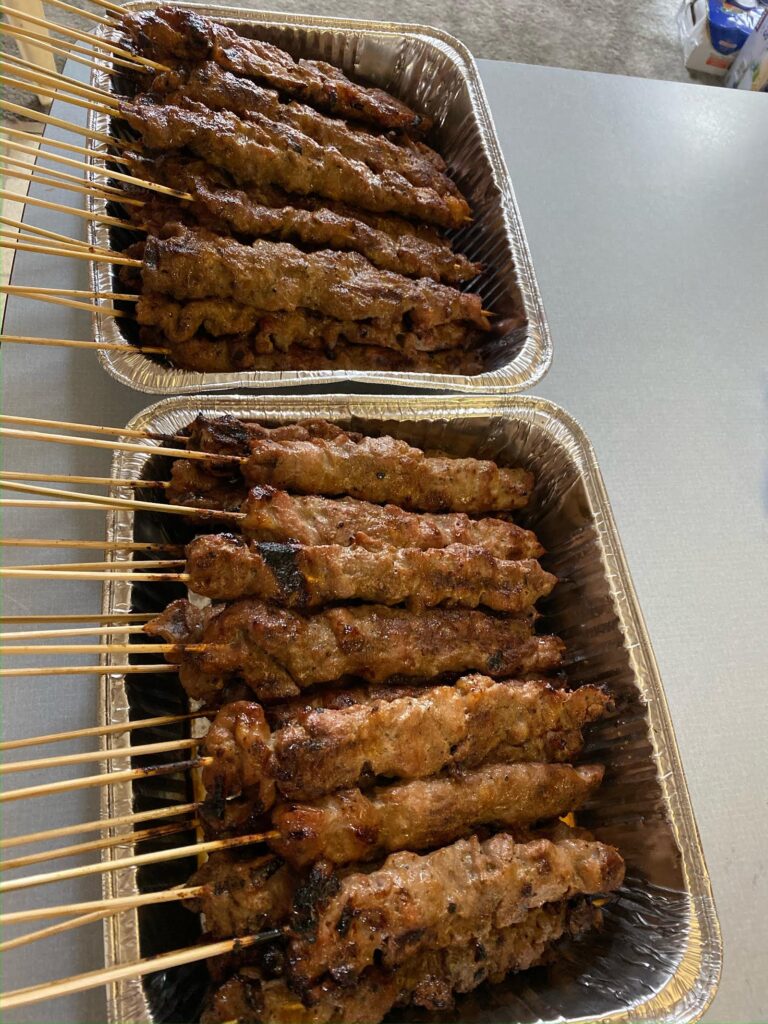 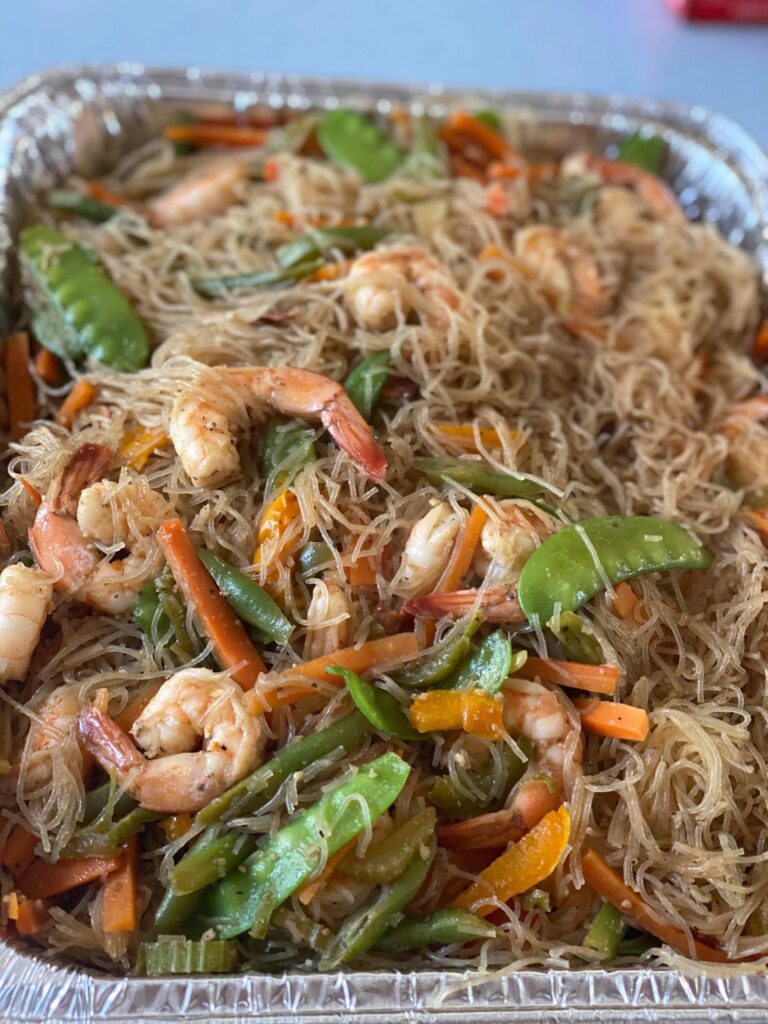 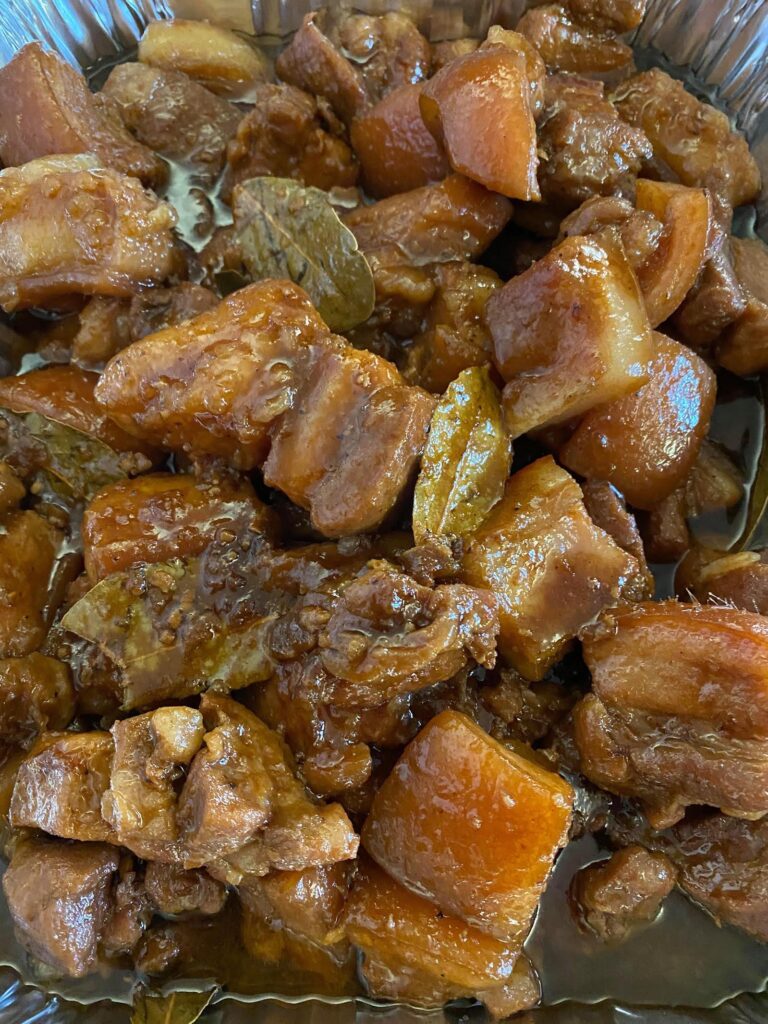 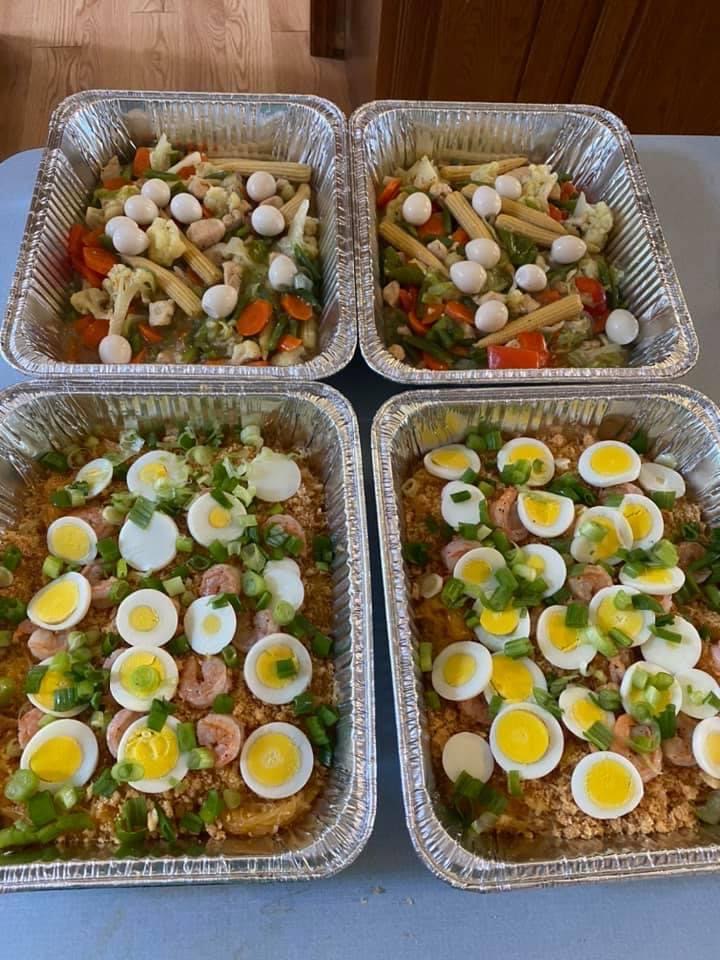 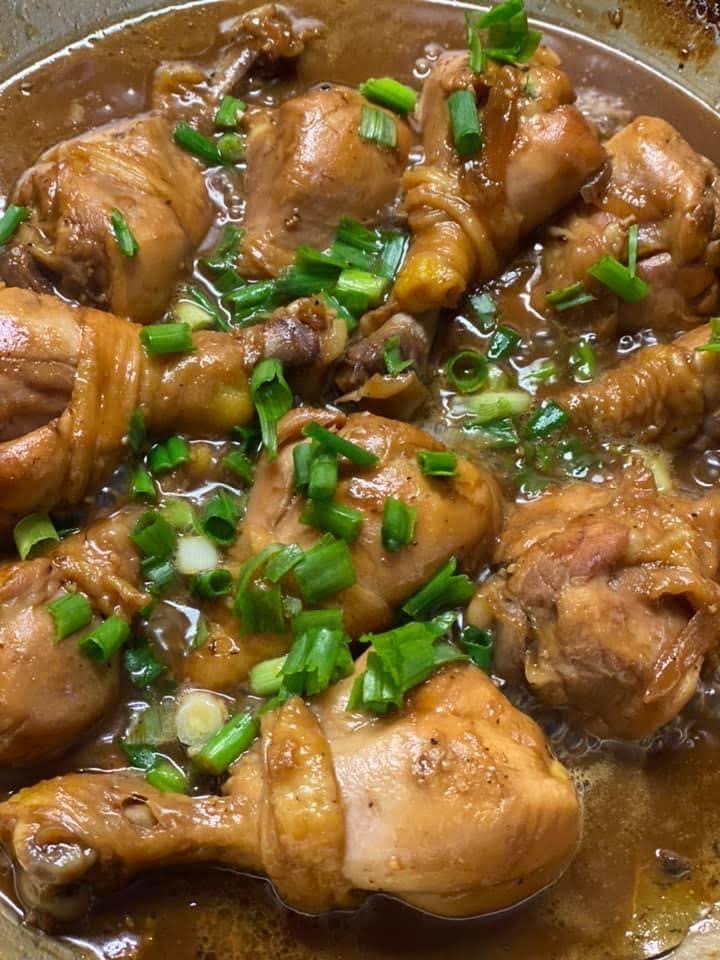 TOTAL Leg Workout in UNDER 20 Minutes!

Do you feel like you don’t have a lot of time to exercise? How about 20 minutes? Check out my 3-minute video and see how you can do a TOTAL leg workout in less than 20 minutes.